Daniel MacIvor’s In On It is a reality-bending, overlooked Canadian gem. Both hilarious and truly tragic, the play questions how and why we tell stories, especially the ones we tell ourselves to help us through our most difficult moments. Matchstick Theatre’s production stars Brandon Lorimer and Tom Lute and runs at The Bus Stop Theatre from January 11th-15th, 2017 […] 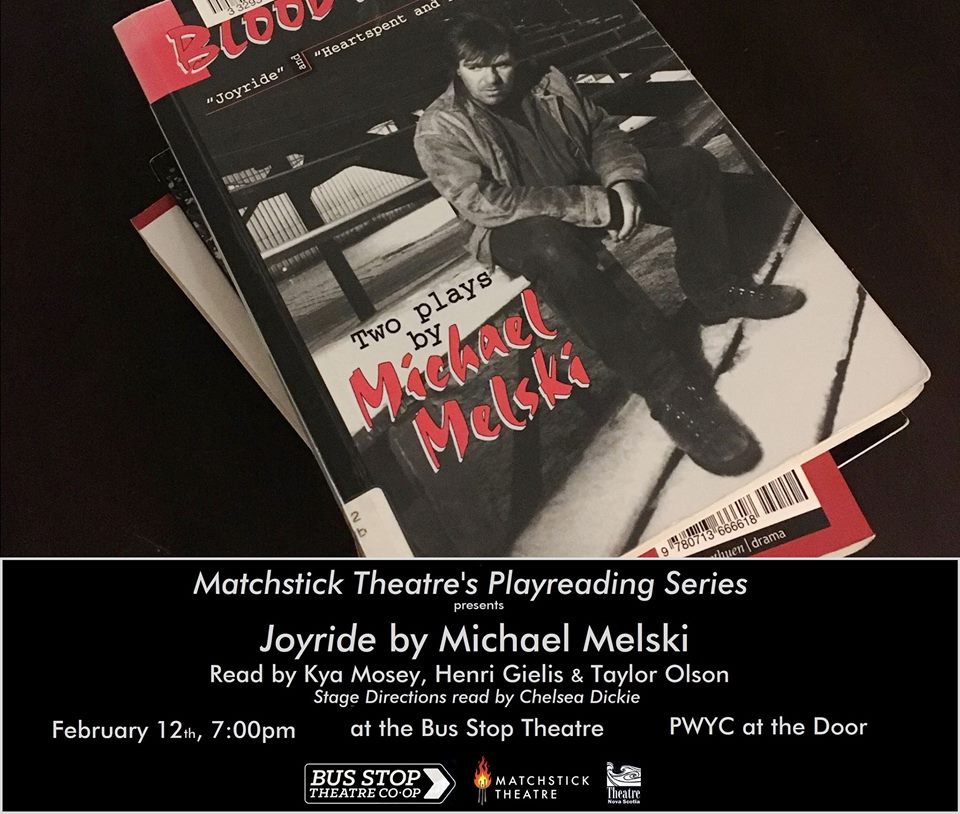 For the first instalment of their 2018 playreading series, Matchstick Theatre presents Michael Melski's Joyride on Monday, February 12th at The Bus Stop Theatre Co-op. Joyride, the play that launched the celebrated Cape Breton playwright's career, was first performed at the Atlantic Fringe Festival in 1994. It is a reflection of post-industrial Cape Breton, a […] 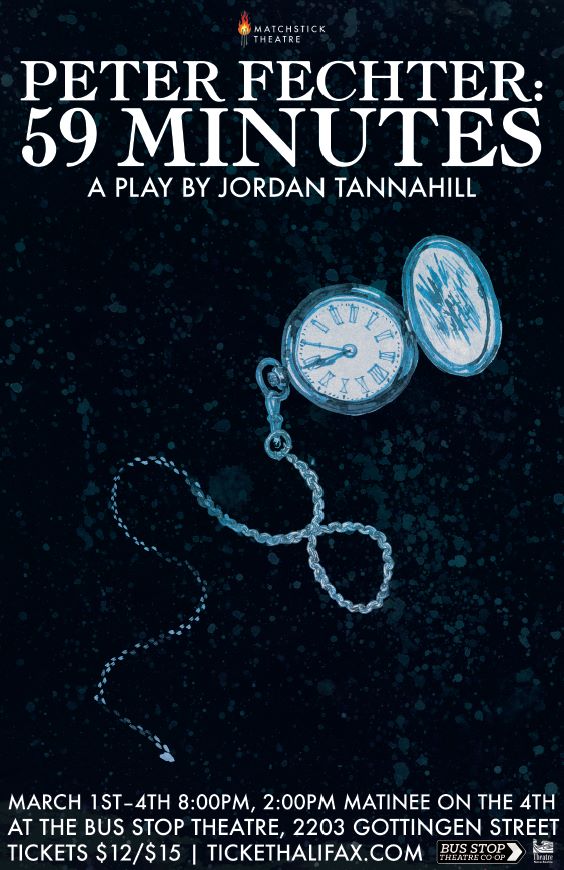 Matchstick Theatre proudly presents its production of Jordan Tannahill’s Governor General’s award-winning play Peter Fechter: 59 Minutes, this March at The Bus Stop Theatre Co-op. Half documentary, Peter Fechter: 59 Minutes tells the very real story of two boys who attempt to join the many who defected into West Berlin by crossing the Berlin Wall. The […] 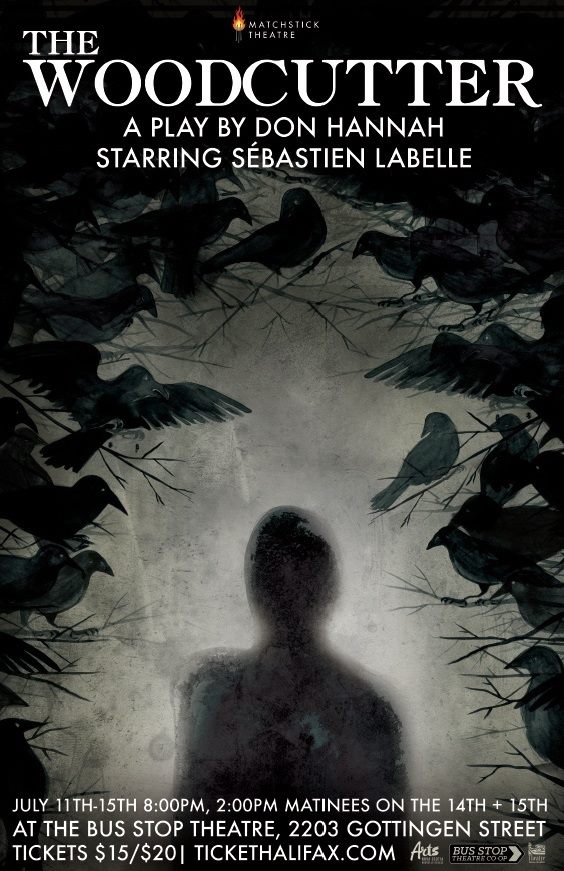 A scruffy, exhausted man is lost in the woods at nightfall with only a few sentimental objects in his pockets. Alone in a clearing, he unloads his thoughts to the surrounding wilderness, ranting and raging, unravelling a story of a troubled past and of the family he adores, eventually coming to terms with the impossible […] 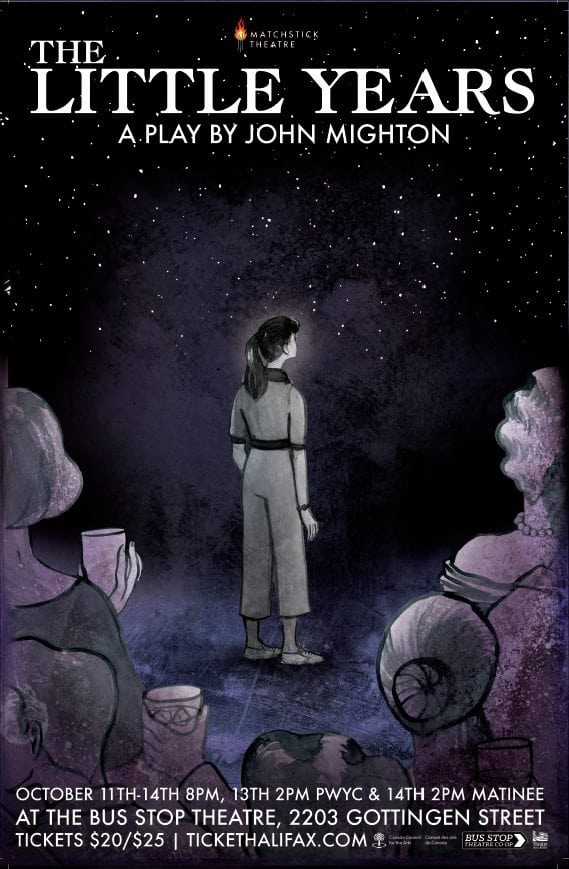 With just six performances from October 11th-14th, Matchstick Theatre proudly presents John Mighton's The Little Years, the last production of its 2018 season, at the Bus Stop Theatre with support from the Canada Council for the Arts and Theatre Nova Scotia. John Mighton’s epic masterpiece orbits Kate, who begins the play as a young woman […] 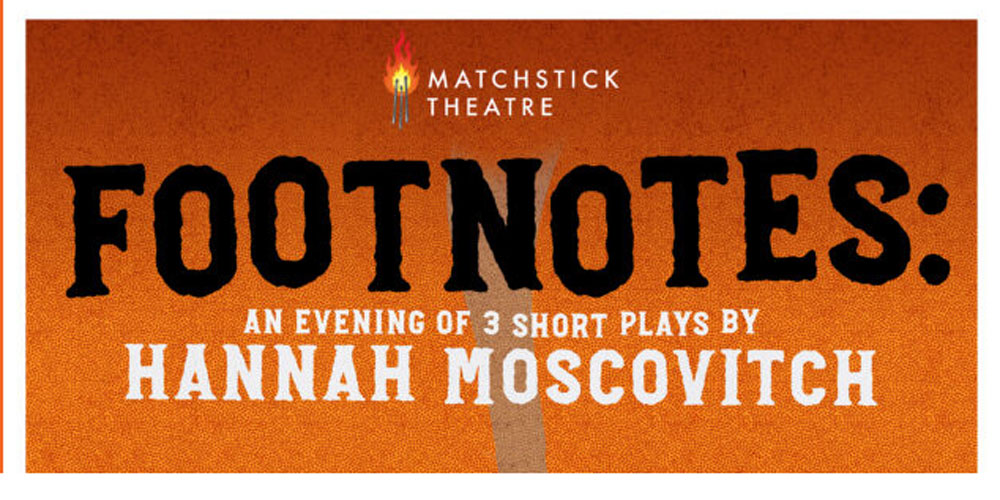 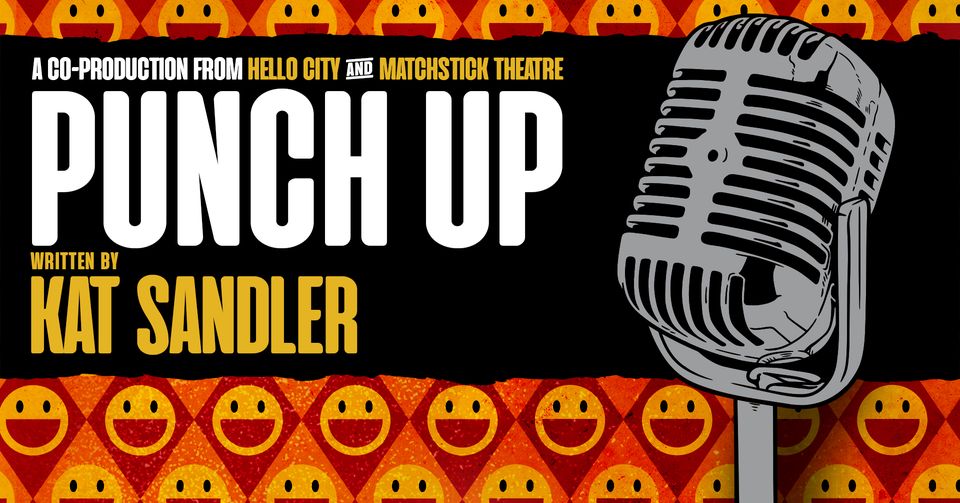 Matchstick Theatre and Hello City team up to co-present Kat Sandler's tragicomedy Punch Up, playing at the Bus Stop Theatre for two weekends December 8th-11th and 15th-18th! ———————————————— What happens when the most pathetic man ever kidnaps the funniest man alive to make the saddest girl in the world laugh? Duncan is trying to make […]