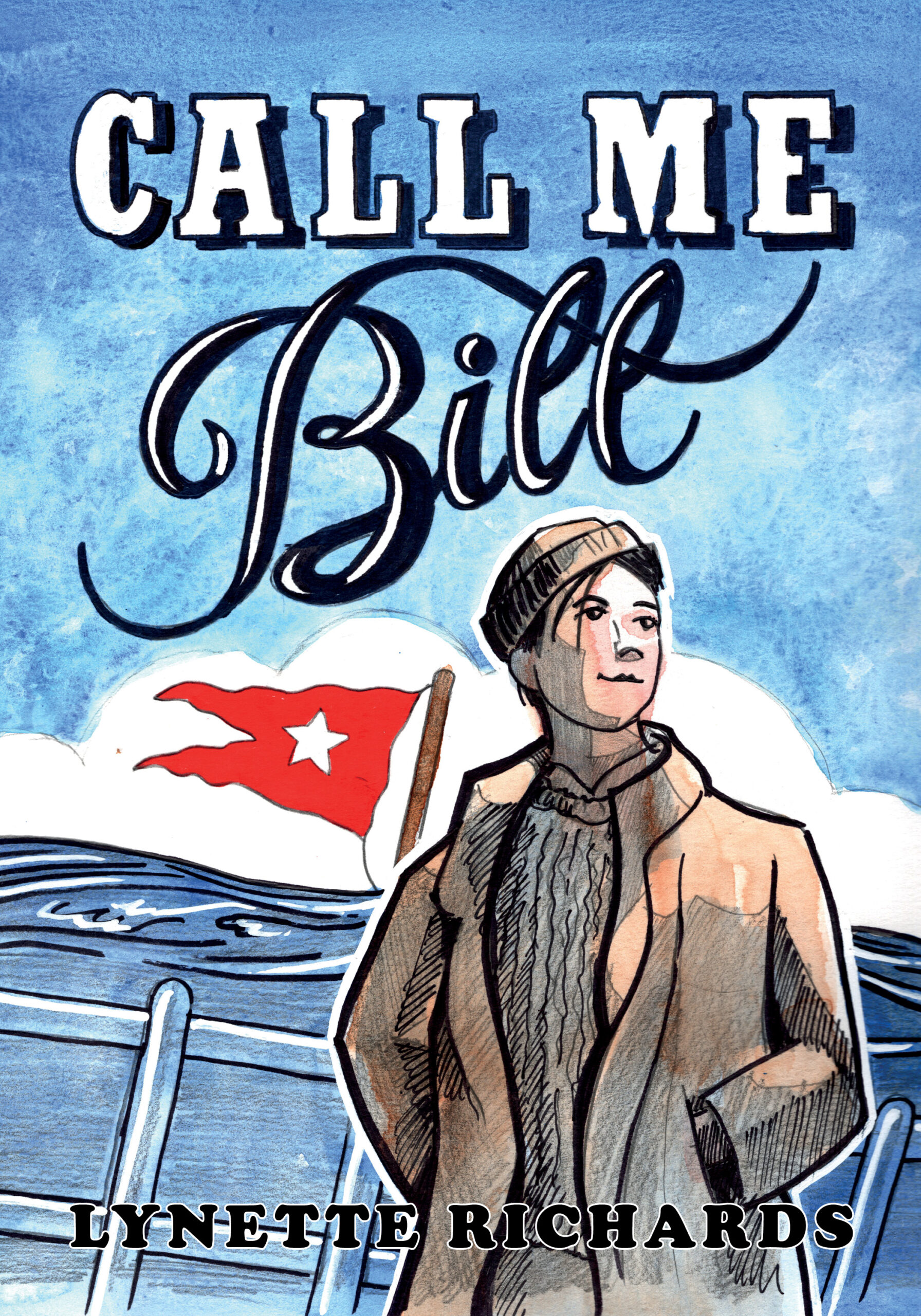 Join us on October 6, 2022 at 6:30 pm, as we launch the first title in Conundrum Press’s new young adult imprint, Emanata. Call Me Bill, by Nova Scotia comic artist and stained glass artisan Lynette Richards, tells the well-documented but little-known story of Maggie/Bill Armstrong, a young sailor who died in the wreck on the SS Atlantic in 1873. Award-winning graphic novelist Veronica Post will MC.

A gorgeously illustrated historical graphic novel based on a real person who, defying gender expectations, left home in search of adventure and a more authentic life, Call Me Bill has already received significant praise since its release on September 13th, including a glowing review from Publisher’s Weekly, and a starred review from the Quill & Quire, which stated: “It is easy to see Armstrong as an inspiring model for teenagers that don’t want to conform to gender roles – Maggie/Bill is the type of person who will fight bullies but also muse poetically about nature, and still have time to chat kindly with children onboard the ship”